How Do I Migrate InfoPath to PowerApps?

If you’re reading an article about how to Migrate InfoPath to PowerApps, you’re likely aware that InfoPath is no longer supported by Microsoft.

In this article, we will outline what PowerApps is, why a move is necessary and what a realistic migration will look like.

PowerApps, is a collection of apps, connectors, services, and data sources that allow you to build business solutions using a drag and drop builder.

When combined, with other tools from the Power Platform, including Power Automate, Power BI and Power Virtual Agents, Power Apps has the ability to take your business processes to the next level.

Microsoft markets that both developers and non-technical business employees alike can utilize PowerApps. For the most basic of tasks, this is true.

In reality, it takes someone with real experience building business apps to successfully design and build – or migrate – business forms.

Why Did Microsoft Replace InfoPath with Power Apps?

Since Microsoft made it public that InfoPath wouldn’t be a supported system after 2026, several businesses started searching for something to replace it.

That’s when Microsoft announced that PowerApps was a new InfoPath replacement. SharePoint discussion forms had always been a challenge. To truly replace InfoPath, it has taken years of effort and updates.

Since that announcement in 2016, PowerApps updates have continuously made the software more streamlined and easy to use. But still, the question remains, how does it compare, and how do you migrate from one to the other?

How Do InfoPath and PowerApps Compare?

They offer similar services and have a very similar purpose, which is to allow someone without developer skills to create mobile apps.

Below we break down some of the key features and highlight what is available in each of the options. These are likely considerations when considering a migration from InfoPath to Power Apps.

Process automation is available for PowerApps through integration with the Power Platform. Specifically, Power Automate provides workflow and automation capabilities.

PowerApps can help you create a native mobile app that can be installed on mobile devices. InfoPath, however, supports the user in designing templates meant to be accessed and filled out on a mobile device browser.

Both solutions offer applications that run on a desktop.

Both services also offer offline capabilities. This means that clients who have a limit on their working capacity can fill out forms offline and then upload them later.

The difference, in this case, is that InfoPath will allow you to make a form template to keep data on a local server. In contrast, Power Apps forms allow for collections to be made locally without touching the integral structure of the app.

PowerApps has a more straightforward method for using SharePoint list items and libraries. This system allows documents and files to be uploaded and managed.

PowerApps can allow an external party to add records to the SharePoint on-premises SharePoint Online, part of Microsoft Office 365, file without an access code.

InfoPath offers custom code, while PowerApps does not have this feature as of yet.

How Do You Migrate from InfoPath to Power Apps?

Sadly, you cannot migrate your InfoPath forms into PowerApps directly without building them all from scratch.

This is challenging, especially for those who have minimal technical skills when it comes to app building. Equally, if you are short on time, the last thing you want is to spend hours recreating numerous forms.

It often makes sense to work with an experienced resource. Not only can this expert help you migrate away from InfoPath, but they can work with you to improve your forms in the process. If you’re going to redo all of your customized forms, you might as well improve them and your business logic at the same time.

Don’t Delay, Let’s Chat About Your InfoPath to PowerApps Migration

PowerApps is a more robust solution than InfoPath. They are different but, PowerApps has come far enough that it is now the obvious choice as a replacement for the retiring InfoPath system.

As far as migrating the forms from InfoPath to PowerApps goes, it is not going to be as simple as you’d like and that is why it is important to work with someone who has been through the process.

If you want to know more about how to migrate InfoPath to PowerApps, please contact us today! 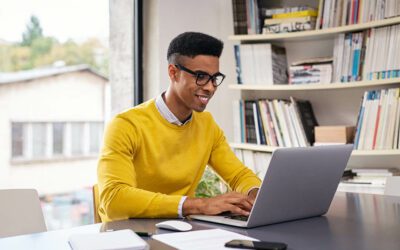 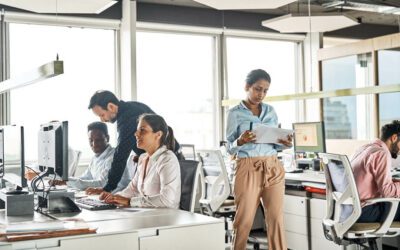